Boone Hall Plantation was not at all what I expected to find.  Thanks to my self-righteous gene, I tend to visit old historical plantations with the expectation that they are going to try and glorify the past while ignoring the human cost of enslaving an entire race of people (my self-righteous gene has no problem going back hundreds of years to judge).  I went to Boone Hall because people I met on the ferry to Ft. Sumter recommended it more than any other location in the area.  “They filmed The Notebook there!   Patrick Swayze was there when they filmed North & South!  It’s so beautiful!”  Okay, okay!  I’ll go!  I headed over to the plantation and driving up the oak tree lined avenue to the mansion is impressive, for sure.  The first stop is a visitor’s center where you sign in and they basically help you plan your visit for the maximum use of your time.  That was super helpful. 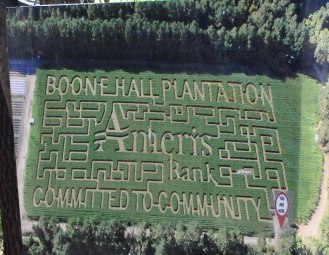 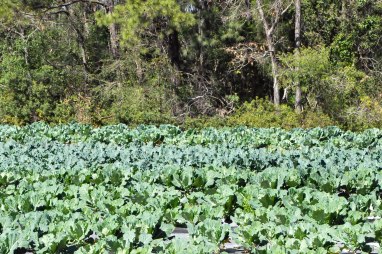 My itinerary began with a ride on the trolley for a guided tour of the property, with stops to discuss the history of agricultural on the plantation, and a review of farming practices used there today.  There were fields of kale, strawberries, onions, a small vineyard, and fruit trees.   The large area where a huge grove of pecan trees once stood (they were mostly wiped out by hurricane Hugo) is now used for large scale public events. We also passed a large empty field with wooden bridges, and the guide explained that every year they create an enormous corn maze, which typically carries corporate sponsorship.  Overall, the property is very well managed as a business, and when the farming is combined with the admissions, weddings, and a number of large special events, it appears to be a lucrative business model.  Good for them!

Next, it was on to a row of old “slave cabins” on the property (clearly rebuilt) that have been re-purposed as a series of educational exhibits on Black History in America.  Each cabin focuses on a historical aspect of life for the enslaved people of the area. The cabins explore religious life, crafting skills, life and family, how the archaeological discoveries were made, work and life, emancipation and freedom, the struggle for civil rights, and leaders and heroes.  My favorite cabin was the one on crafting, because I was wondering about all those signs for sweetgrass baskets along the road in this area, and there was a good explanation of what sweetgrass was, and how it’s getting harder to find, and some beautiful examples of basketwork to admire. 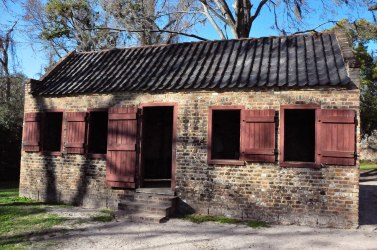 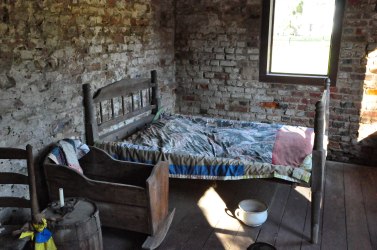 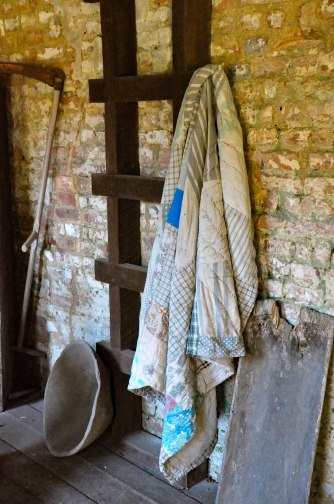 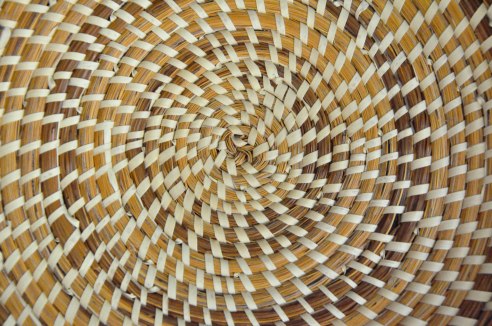 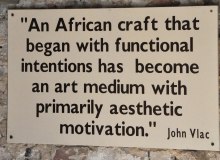 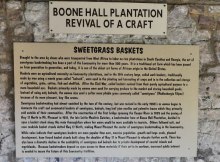 The row of cabins ends at the Gullah Theater, where there is a live presentation of the evolution and development of the Gullah Culture in the Lowcountry area.  Our presenter that day was the granddaughter of an enslaved Gullah woman who had taught her about the culture and the people.  With the skill of a talented storyteller and a beautiful singing voice, she walked us through both the struggle and the humor of the Gullah culture, and explained how it developed out of its African beginnings (Gullah is from the African Angola).  The people sitting next to me had actually seen the presentation earlier that day and had stayed on the property specifically to see it again.  It’s that good, and if you visit I strongly not missing it.  There were two shows daily when I visited, at 11:15 and 2:45. 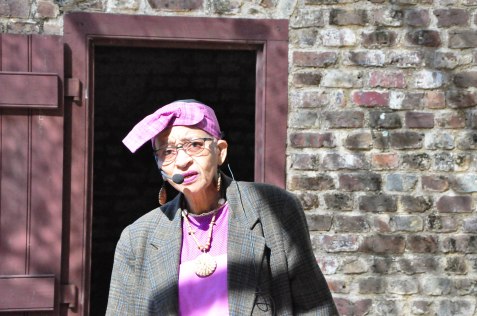 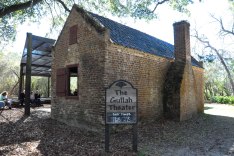 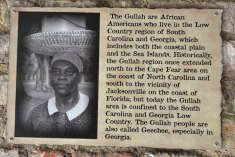 The house and garden tour were the final stops for me.  The gardens in front of the home are in the design of butterfly wings and were lovely.  The antebellum style mansion was completed in 1936, replacing more modest structures that were previously on the property. There is a striking cantilevered  staircase in the grand foyer, and two large rooms with some interesting antiques in the front section of the house.  From there, the tour goes to the back rooms, including a beautiful stone walled covered porch, and a smaller room built of timber from the original structure, where historical artifacts relating to the property are displayed.  That is the extent of the house tour, as the upstairs rooms are still in private use by the family which currently owns the property. 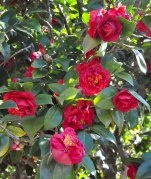 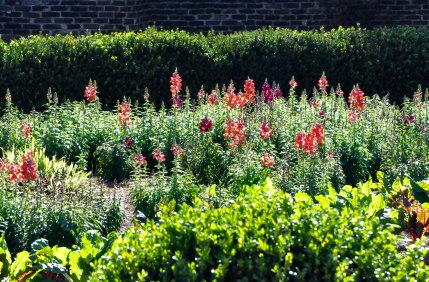 Overall impression:  I’m really happy I took the advise of my fellow travelers and visited Boone Hall.  It’s a beautiful location, and I learned about the Gullah culture.  My favorite part was the Gullah presentation, but a close second was learning about agricultural practices on the property today.